LED rental screens are often used in stage dance. The LED display requires light weight and thin structure, can adapt to various installation methods, can be quickly installed and disassembled, and is convenient in transportation and use. Fengzhou Technology's LED transparent screen products are lighter in weight, more suitable for independent disassembly and replacement, and can better meet the needs of rapid stage dance installations. LED transparent screens create richer visual effects for the stage. 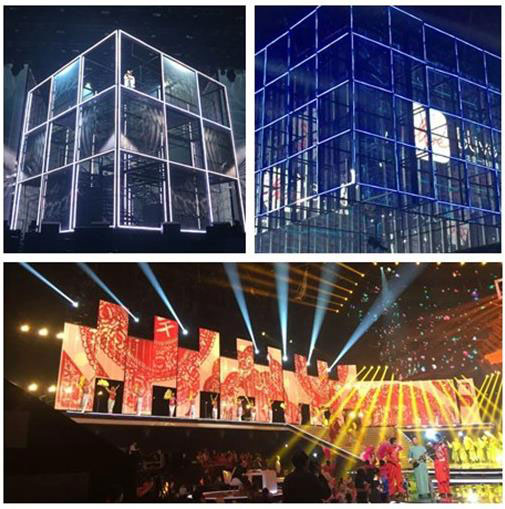 Compared with traditional stage art techniques, the biggest feature of the use of LED transparent screens and video stage art is the creation of the second space. Through various unique three-dimensional technologies, the director creates a virtual visual space through the transparent led screen. This space is combined with the real space on the stage, which can greatly expand the visual space of the performance scene and present extremely rich stage visual effects. The traditional LED screen has relatively mature technology in terms of space and lifting and moving, but its layout has more restrictions on lighting design. Box-style scenery has extremely limited lighting installation positions, so there will be a lack of ambient light and ambient light on the stage, which makes the stage lack the atmosphere of the scene, and it is difficult to present a perfect stage effect. 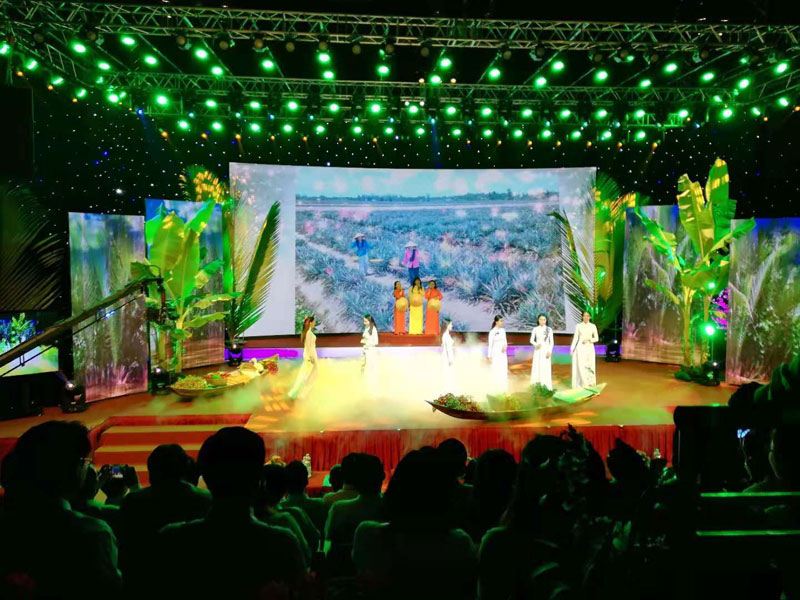 The LED transparent display uses the unique screen display technology and the transparent characteristics of the screen body. After careful processing of the picture and video, it forms a three-dimensional realistic and virtual ideal space. Multi-screen co-display makes the image of the space move and the stage effect Enhance the sense of layering and movement, which will greatly improve the performance of the program, make the transparent led screen and the real scene integrated, and compare with the two-dimensional scene effect of the traditional LED display screen, showing the three-dimensional sense and realism of the three-dimensional space. The effect is shocking, while constantly bringing new ideas to the audience while allowing the audience to be immersed in the scene, so that the stage conforms to the traditional aesthetic concept, whether it is seen from the close range and the distant view, it is very real, and presents the perfect stage effect.

With the rapid development of national performing arts and entertainment activities, the LED display rental market has also prospered. Rental LED display has become a must for the entire event stage. All kinds of exhibitions, conferences, concerts, TV shows, wedding shopping malls, and cultural performances inevitably need a large LED screen, and the transparent LED screen has also entered the stage stage effect. The embodiment of LED transparent screen will be more suitable for stage display products.