The difference between LED transparent screen and LED glass screen

For friends who don’t know much about the LED industry, it’s easy to mistake the LED transparent screen and the LED glass display as the same product. Actually not, they are two product concepts. Let me explain to you what is the difference between the two.

What is a transparent LED screen?

LED transparent screen, as its name implies, is that the LED display screen has the property of transmitting light like glass. Its realization principle is the micro-innovation of the light bar screen, and targeted improvements to the patch manufacturing process, lamp bead packaging, and control system. With the hollow design structure, it reduces the sight of structural components. , The perspective effect is greatly improved. Integrate with the environment.

Both LED glass and transparent LED display have high permeability, which does not affect the indoor lighting and viewing line of sight. They can be used on glass curtain walls and glass showcases to play dynamic full-color video and picture promotional information. As a new type of advertising media, they promote the development of the advertising media industry. 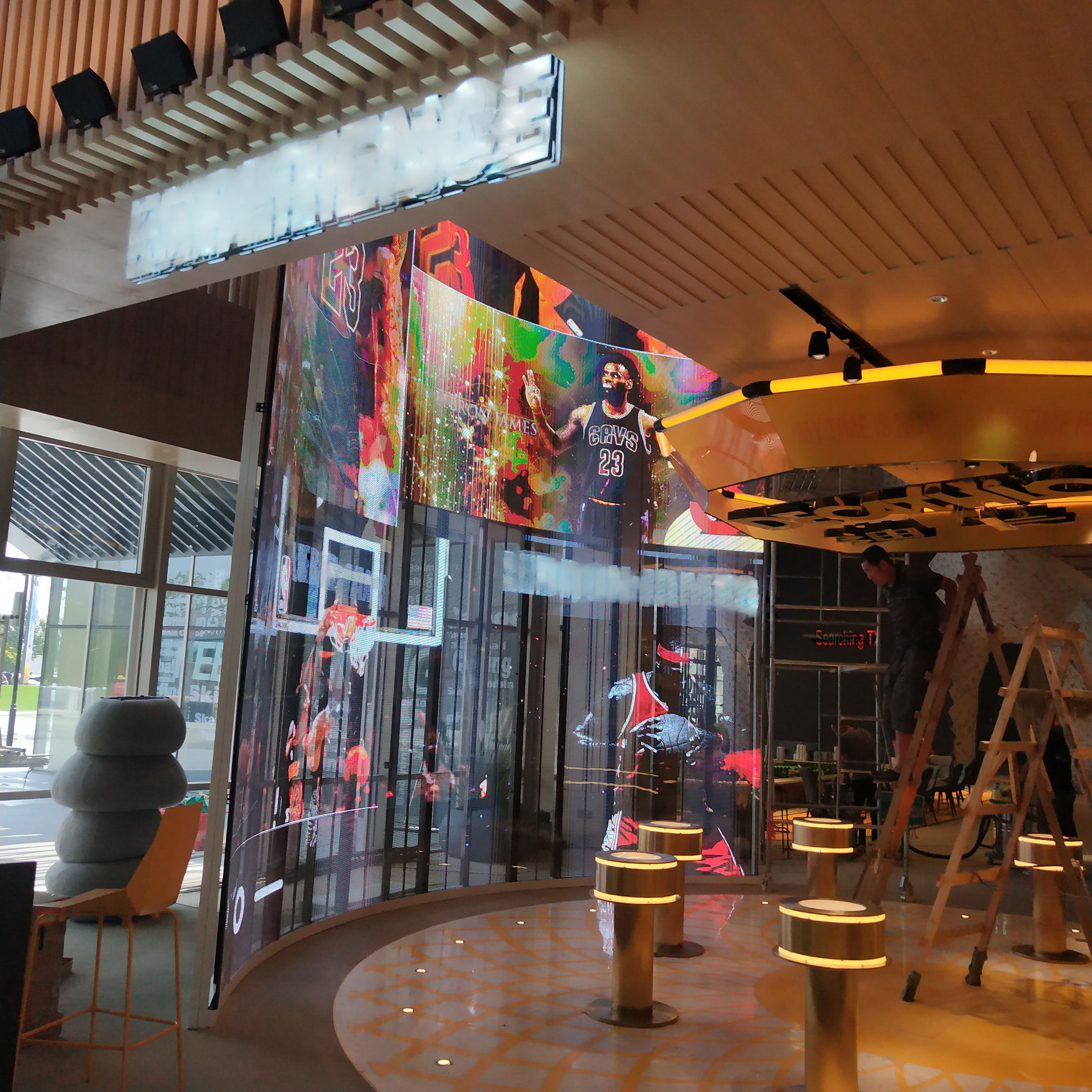 What is LED glass screen?

The LED glass screen is a high-end customized photoelectric glass that uses transparent conductive technology to glue the LED (light emitting diode) structure layer between two layers of glass. According to application requirements, LEDs can be designed into various arrangements such as stars, matrix, text, patterns, patterns and so on. LED glass display is a kind of bright screen.

The difference between LED transparent screen and LED glass screen

1.The structure is different


The LED transparent screen adopts SMD chip packaging technology to stick the lamp in the groove of the PCB. It can be made into a standard box and customized design and installation according to project requirements.

The LED glass screen is a high-end customized photoelectric glass that uses transparent conductive technology to fix the light-emitting diode structure layer between two layers of glass. It is a kind of bright screen. It can only draw different graphics (stars, patterns, body shapes, etc.) according to different projects. It can't play any videos and pictures at will like the LED transparent screen.

The transparent LED screen can be installed and applied anywhere, with strong compatibility. The installation method can be hoisting, fixed installation, base installation, and placement. At present, in the entire industry, only Fengzhou Technology can do the waterproof LED transparent screen manufacturers that can be applied to the outdoors.

The LED transparent screen is convenient and quick to maintain, saving manpower, material resources and financial resources. There is almost no way to maintain the LED glass screen. It is necessary to dismantle the structure of the existing building and replace the entire glass screen, which is expensive to maintain.

Users can choose more suitable and cost-effective LED transparent screen products according to their actual needs.